All of these and more await on your holiday to Naxos,

the island in the Cyclades that has it all.

Naxos (in Greek, Νάξος) is a Greek island, the largest island (429 km2 (166 sq mi) in the Cyclades island group in the Aegean. It was the centre of archaic Cycladic culture. 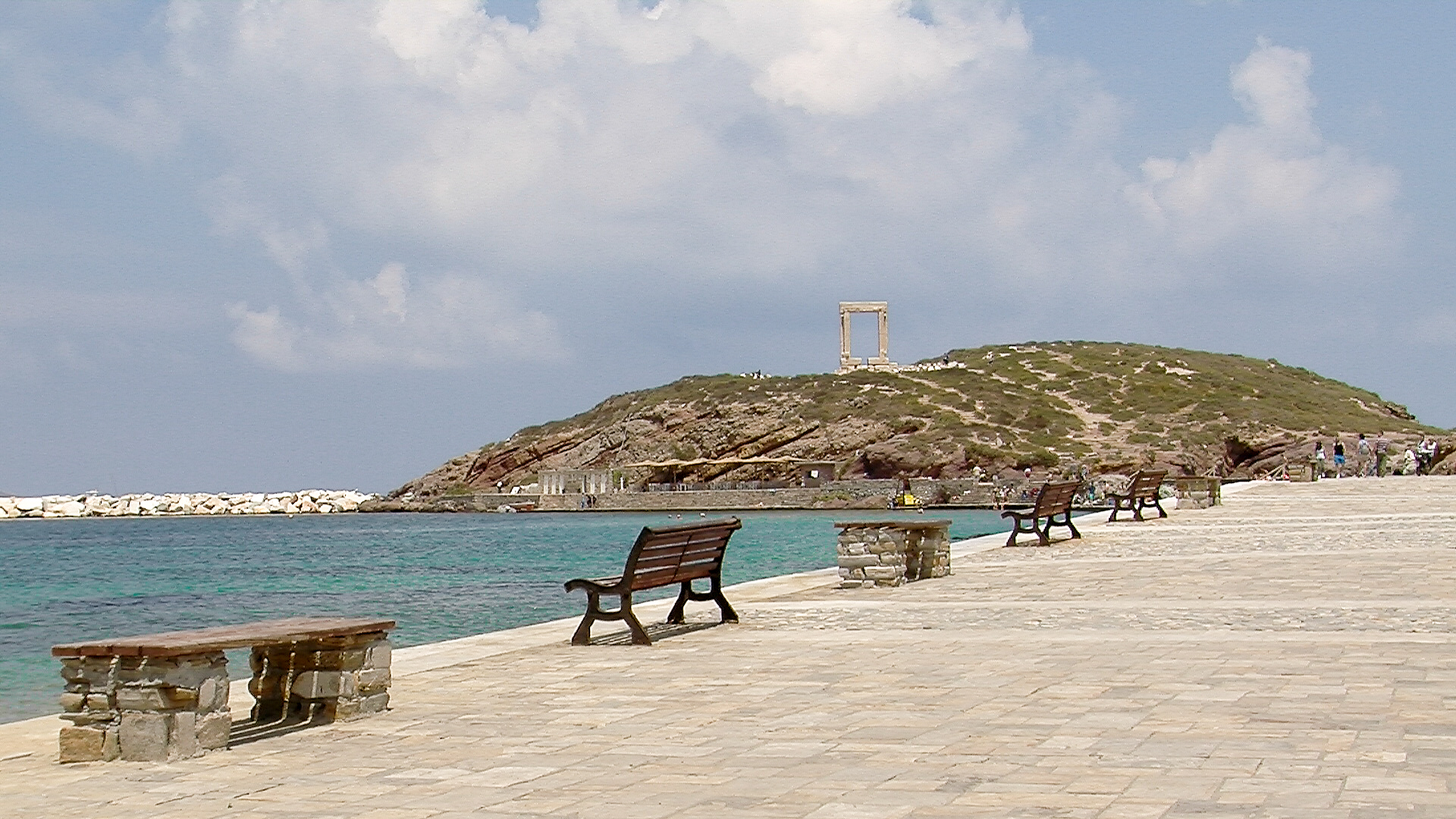 The island comprises the two municipalities of Naxos and Drymalia. The largest town and capital of the island is Hora, sometimes called Naxos City, with 6,533 inhabitants (2001).Naxos is a popular tourist destination, with several easily accessible ruins. It has a number of beautiful beaches, such as those at Agia Anna, Agios Prokopios, Alikos, Kastraki, Mikri Vigla, Plaka, and Agios Georgios, most of them near Hora. 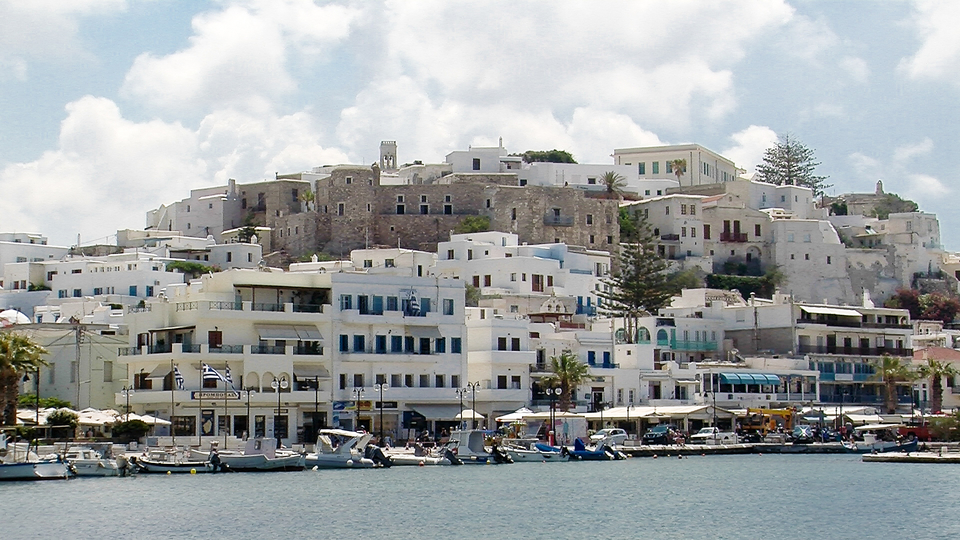 Naxos is the most fertile island of the Cyclades. It has a good supply of water in a region where water is usually inadequate. Mount Zas (999 metres) is the highest peak in the Cyclades, and tends to trap the clouds, permitting greater rainfall. This has made agriculture an important economic sector with various vegetable and fruit crops as well as cattle breeding, making Naxos the most self sufficient island in the Cyclades.

Chora Naxos or Naxos Town (16 km): Is the capital and main harbour of the island of Naxos Greece. It considered to be one of the most beautiful Cycladic villages in the entire group for it has a fine architecture, composed of Venetian and Cycladic elements. This large town is located on the west coast of Naxos and, on its top, stands an impressive Venetian castle, characteristic and trademark of the island.

The village of Apeiranthos is situated in the middle of island, on the eastern skirt of the Phanaria mountain range. The architectural design of the houses in Apeiranthos has remained almost untouched since the time of the Venetian Empire, narrow marble paved mule tracks, often covered by archways.

Filoti (15 km): Filoti is situated 15 kilometres from the capital of Naxos, in a beautiful verdant valley near the mountain of Zas. It is a traditional Cycladic village built amphitheatrically on the slopes of the mountain with whitewashed flat roofed houses and narrow flowered streets.

Halki (10 km): Halki has a long history and was once the capital of Naxos as well as its main administrative and trade centre, the many neo-classical houses and buildings testify about the past wealth and power of the village.